Task panels are the containers of an application's UI. They are in charge of positioning and animating applications in the system UI. Task panels can be stacked to create a user flow through various screens. The top-most task panel will be shown to the user, and when that panel is removed, the next task panel on the stack will be shown. They may be dismissed by the user through system UI functionality, like swiping it away. Such an action may trigger the system UI to dismiss the whole task panel stack, rather than just a single one.

Task panels can display an application UI with all the available screen space, except for the main menu and control center. The task panel just provides a container with a default background and animation. Both can be replaced when creating a custom system UI. The panel is not concerned with the content of the panel. 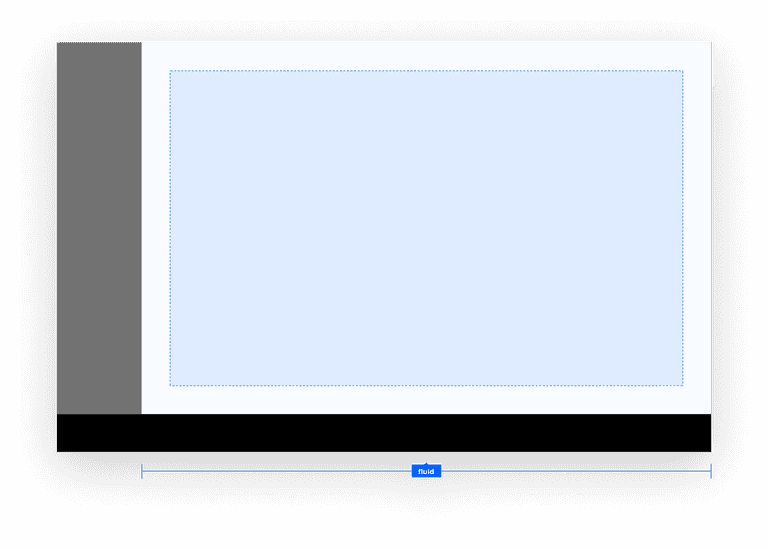 The compact process panel UI template can also be used outside the process panel. For example, the TomTom Digital Cockpit media application uses it to have UI consistency between the Mini player main process panel and the Now playing task process panel.

The layout template for the type of task panel can determine which side of the task panel shows a task process panel (for example, in the media or communication app). The following example visualizes how a process panel could be moved to the side on certain screen sizes.

This is just an example, as alternative layouts of the task process panel are not yet supported but are on the roadmap.