The TomTom Digital Cockpit SDK comes with a template application and a set of example applications.

The template application demonstrates the off-the-shelf functionality of the TomTom Digital Cockpit platform. This can be a good starting point for your own application, where you implement your own features and customizations.

The example applications help you get started with developing for TomTom Digital Cockpit. These applications are introduced in the Example apps section, and explained in more detail in the Tutorials and Examples section.

This walk-through of the Digital Cockpit platform functionality is using the template application, which can be found in the template/app directory. 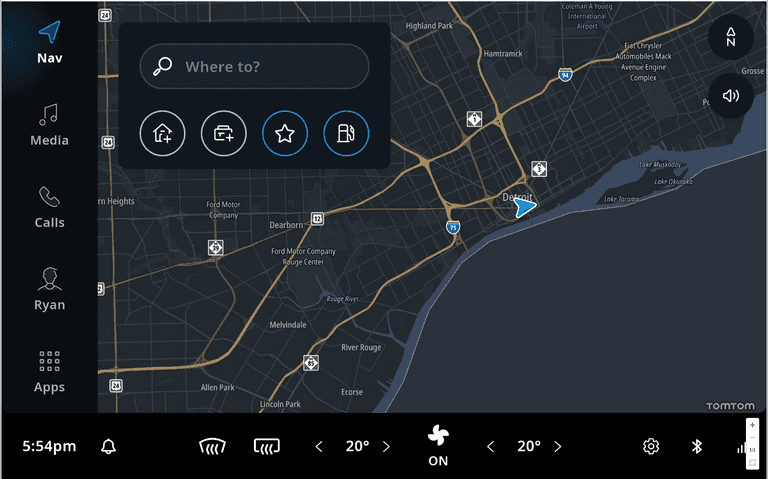 The contents of the map view will vary depending on your current location. The screen of the TomTom Digital Cockpit system is divided into a few different areas. The background contains the map, which provides navigation functionality, with search, route guidance, traffic information and so on. The main menu is on the left-hand side, which allows access to other functionality of the platform and ability to always return to navigation. Along the bottom there is a statusbar, including the Climate Control Center, which contains the Heating, Ventilation, and Air conditioning (HVAC) controls.

The default view in the TomTom Digital Cockpit product shows navigation functionality with the current location on the background map. The map is interactive and you can pan, zoom and switch between the 2D overview mode and the 3D navigation view. To navigate to a location, you can either search for it through the search box at the top of the screen, or simply select a location on the map with a long press. 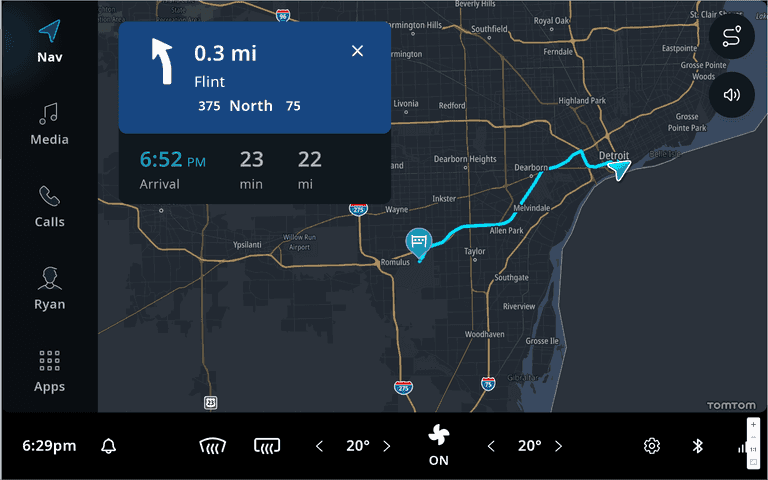 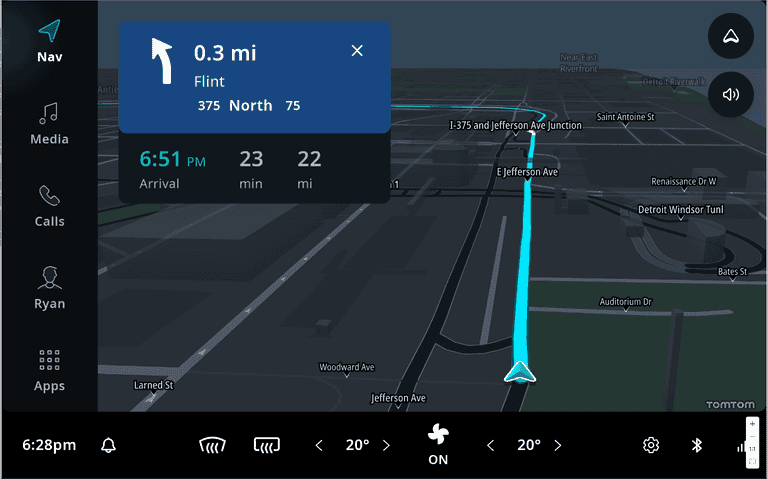 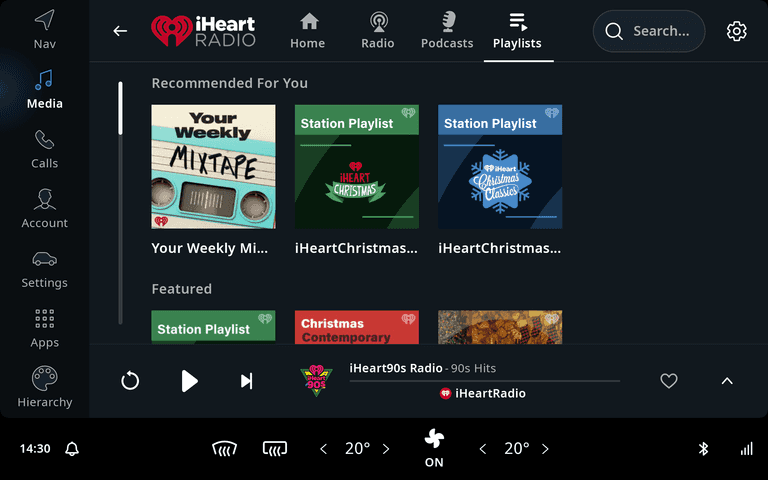 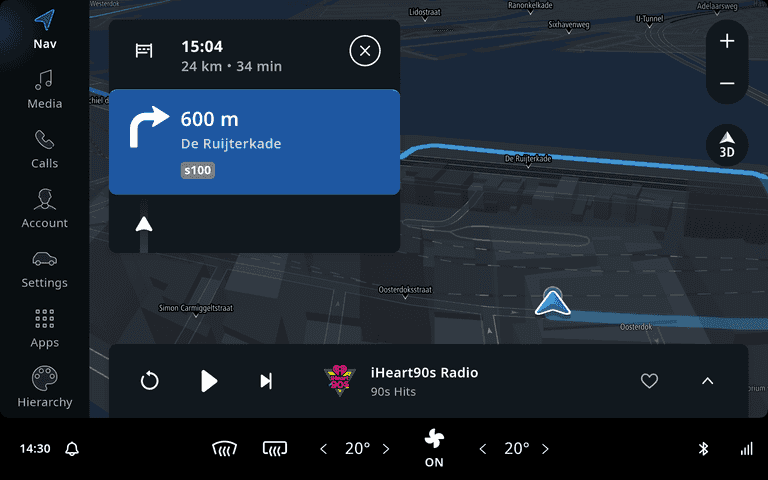 Climate control in the car is usually referred to as HVAC (heating, ventilation and air conditioning). Since HVAC functionality can differ a lot between OEMs, the TomTom Digital Cockpit platform comes with a reference implementation, providing functionality for many common HVAC requirements. This can be used as a starting point to implement additional functionality for the relevant car model. The reference implementation is wired up to the Vehicle Hardware Abstraction Layer (VHAL) in the Android Automotive platform. 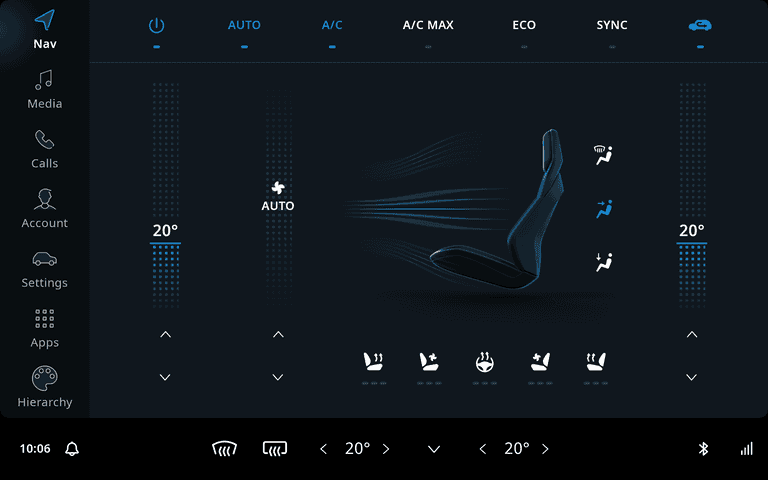 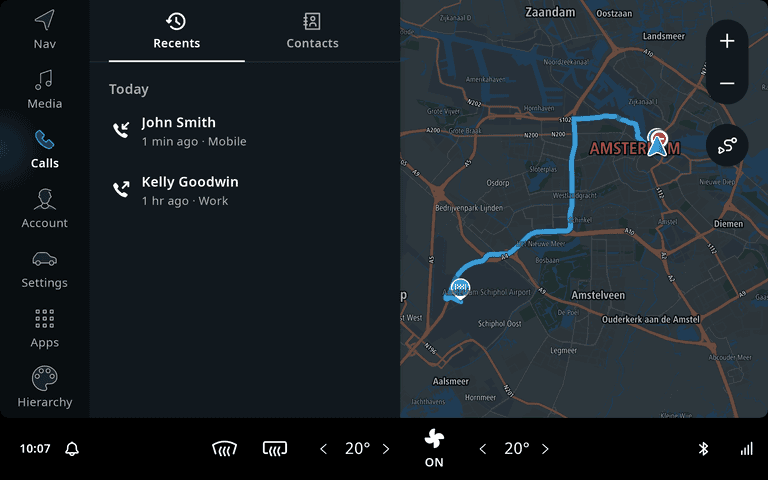 TomTom Digital Cockpit supports integration of Android app stores and the Apps tab can be configured to display the app store of your choice. This tab also contains any Android apps installed from the app store as well as any other application that is installed outside of the system image. 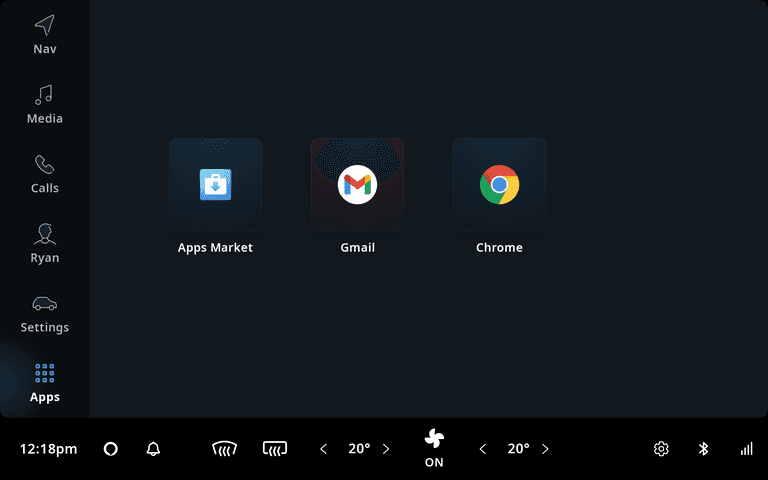 The example applications contain all of the off-the-shelf functionality of the template application. On top of this, they also contain code demonstrating how to implement and integrate specific features into the TomTom Digital Cockpit platform. Each example is explained and documented in the Tutorials and Examples section.

For example, to get you started with making your own TomTom Digital Cockpit “application”, there are two examples that explain how to create a new frontend for the UI, along with an IVI service to implement the logic serving that UI. These two components together implement an example for displaying account details. The example replaces the default stock implementation of the TomTom Digital Cockpit user profile frontend, with the new functionality. The source code can be found in: examples/plugin/app. 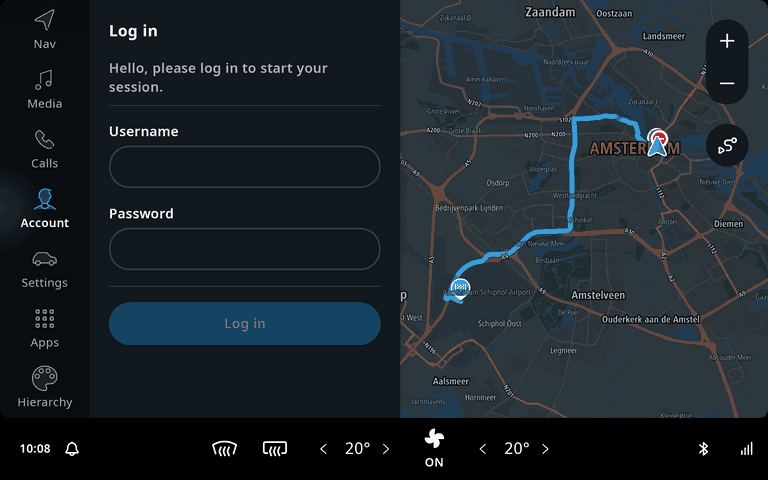 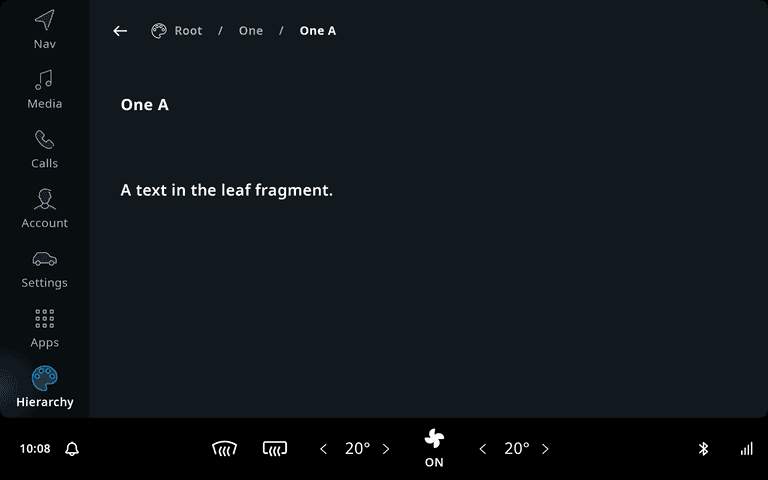 The template app and the example apps also give access to the Debug Menu, which allows you to tweak the TomTom Digital Cockpit behavior.